Guerciotti is an historical company in the cycling business, who is getting ready to celebrate the 50 years anniversary. A compelling story started on 1964 when Italo, noted and expert cyclocross rider, decided with his brother Paolo to open a small show of 20 square meters for the selling and maintenance of bicycles in Via Petrella 4 in Milan.

It is always Italo to transmit the cycling passion to Paolo who in the 1961 begins to ride revealing immediately competitive and successfull and than to dedicate his activity exclusivily in the cyclocross, riding the world championships in Saccolongo on 1979.

In the meantime the shops becomes too small for the many customers. So Paolo Guerciotti decides to expand the shop opening a new one in corso Buenos Aires. In the 1975, thanks to the commercial success the two brothers decide to expand it again in Via Tamagno. 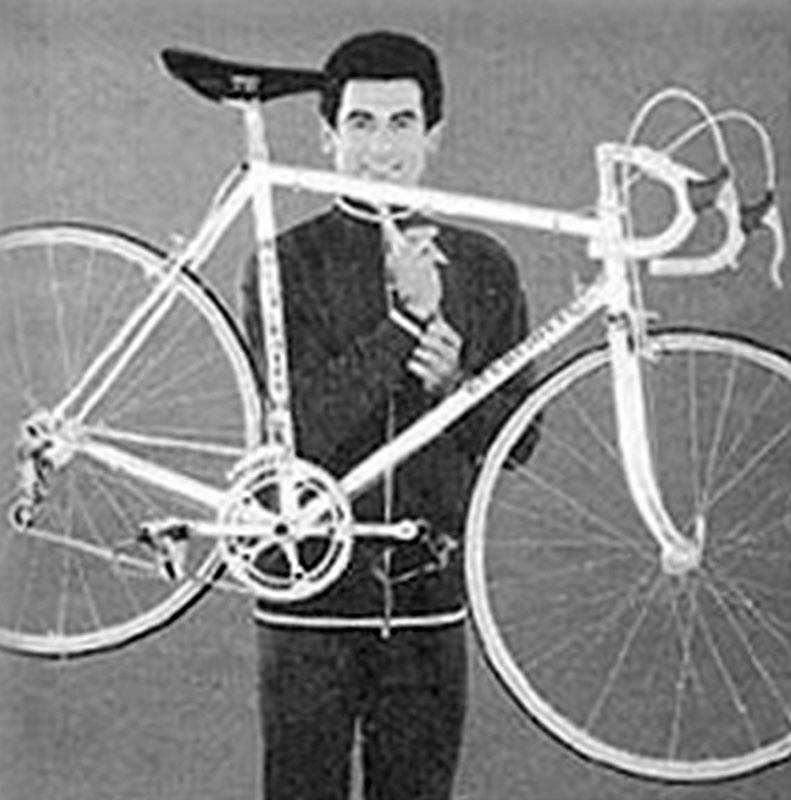 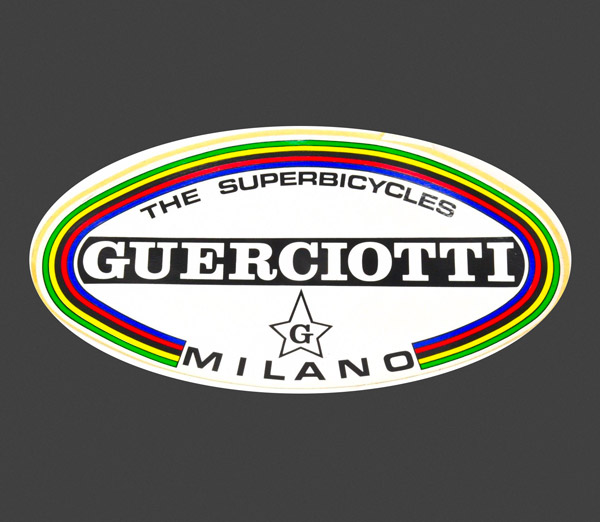 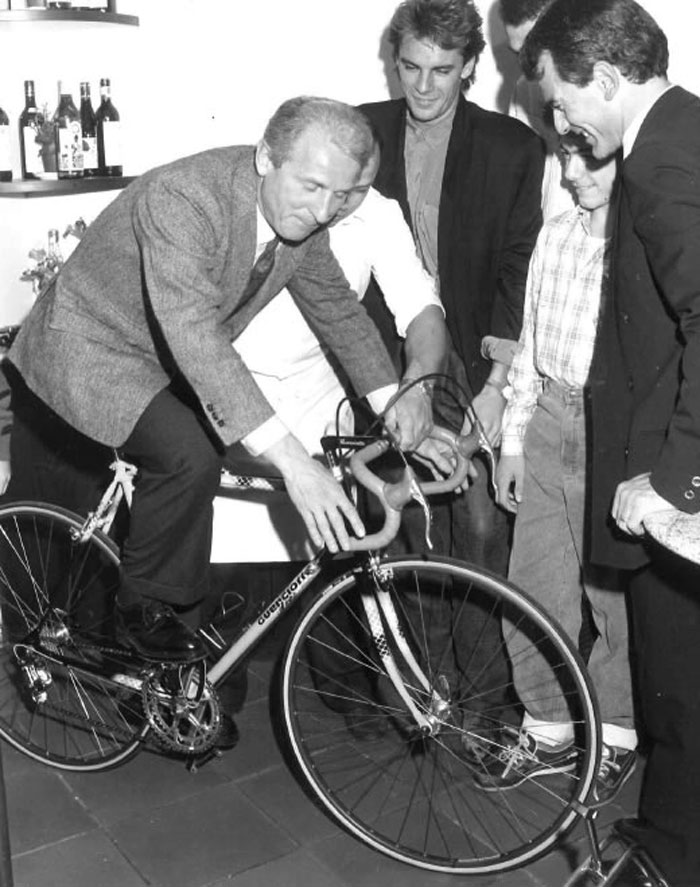 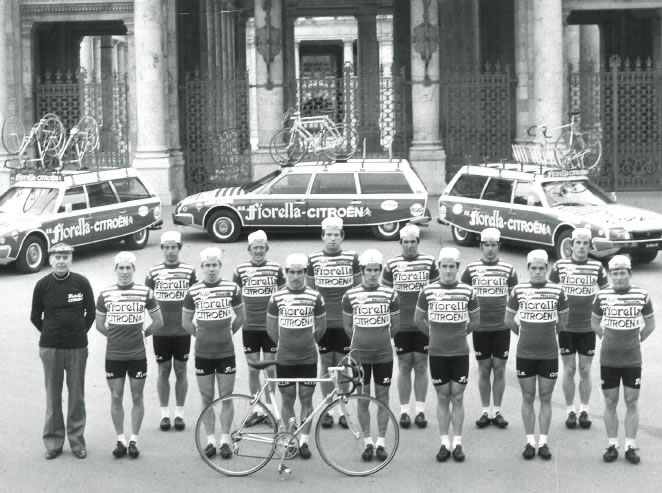 And the 1975 is an historical year for the Guerciotti company. In fact, besides to increase the manufacturing of racing bikes, thanks to the Paolo’s Guerciotti dyanamism, Guerciotti has a real commercial escalation starting to export his products all over the world, and mainly in the USA, sponsoring also in the same time the American Ten Speed Drive – Guerciotti. 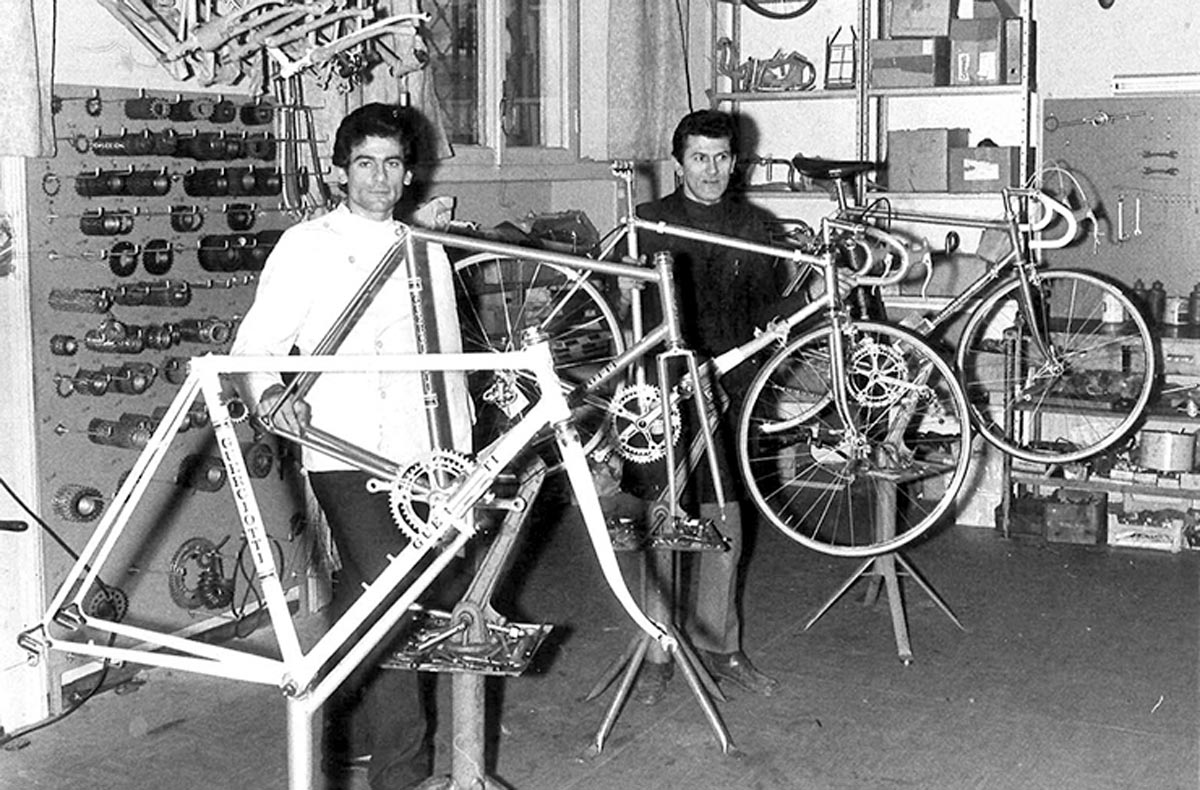 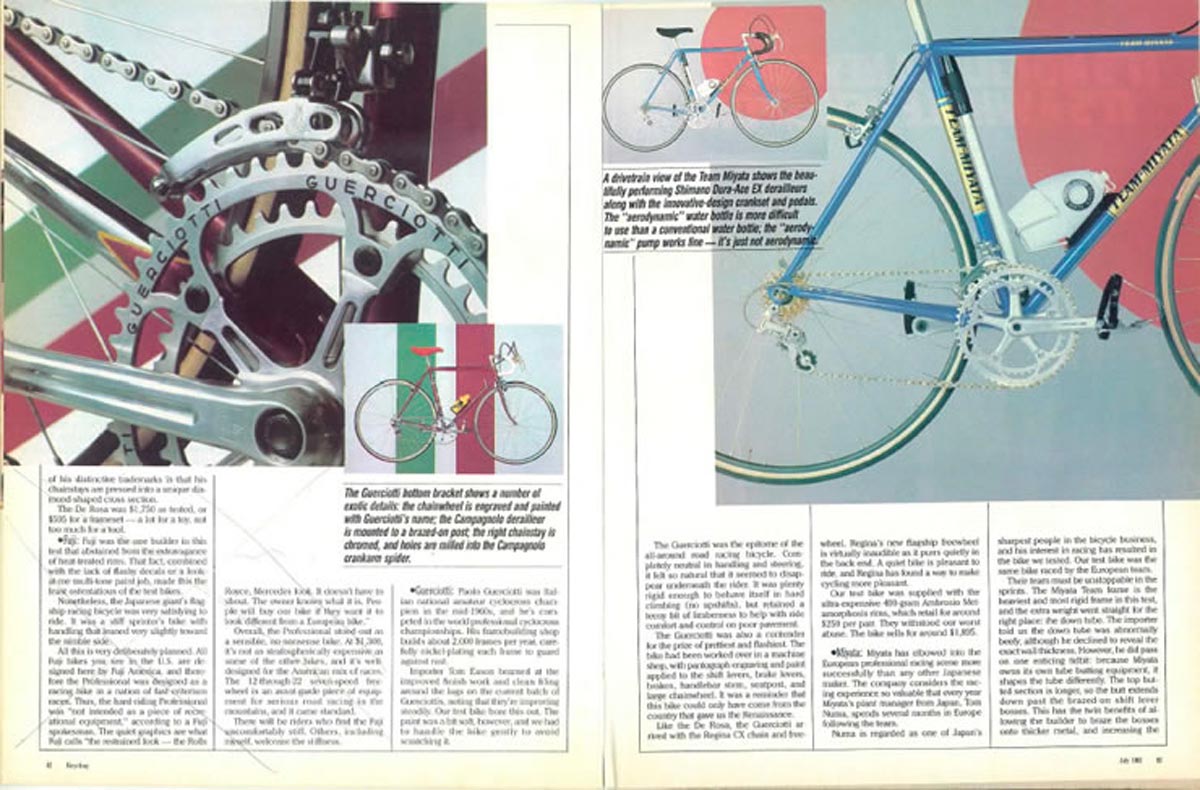 In these years many important riders win with a Guerciotti bike like G.B. Baronchelli and Giovanni Battaglin.

Guerciotti | Company history Thanks to the cooperation with these important prof teams Guerciotti realizes more and more advanced in terms of technology and design. For this reason Guerciotti bicycles are beginning to be requested in all markets and the confirmation come from the Guerciotti’s presence in all the major cycling shows (Milano, Colonia, Anheim), in order to let know his jewels.

Always in the 1976 Guerciotti bikes start the cooperation with the cyclocross team GBC directed by Dino Zandegù, with the Paolo Guerciotti riding in the team. In the 1977 Paolo Guerciotti found the same cycloross team Guerciotti: GS GUERCIOTTI. This team, in the following years, will become a landmark for the ciclocross in Italy and in the world, getting the surname of “munltinational in the mud” and the “Mapei of cyclocross”, winning 10 world championships. These success were really very important also to gain relevant commercial success. In fact Guerciotti brand became absolutely the leading brand in this discipline gaining also a monopoly in the Belgium market, thanks to the success of two of the stronger riders in cyclocross history: Roland Liboton and Vito Ditano.
Now Guerciotti is very known brand all over the world and all the cycling lovers wishes and ride on a Guerciotti bike.

In the 1983 Paolo Guerciotti founded the Guerciotti Export Srl who will see the born of two branchs: the “reparto corse” and the wholesaler business. In those years Paolo Guerciotti understands that the market is evolving and in order to be more competitive it is important to offer to all own distributors and dealers a 360° service. Thanks to this choice Guerciotti expand also his borders trade, selling also in South America. In the 1984 Guerciotti celebrates 20 years of activity, inaugurating a new building in via Pasteur. 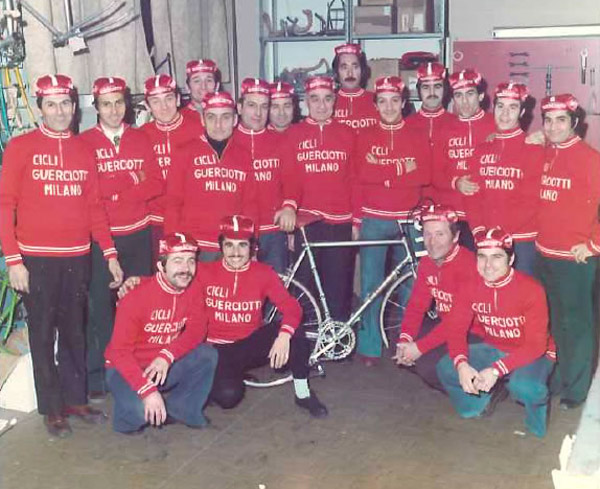 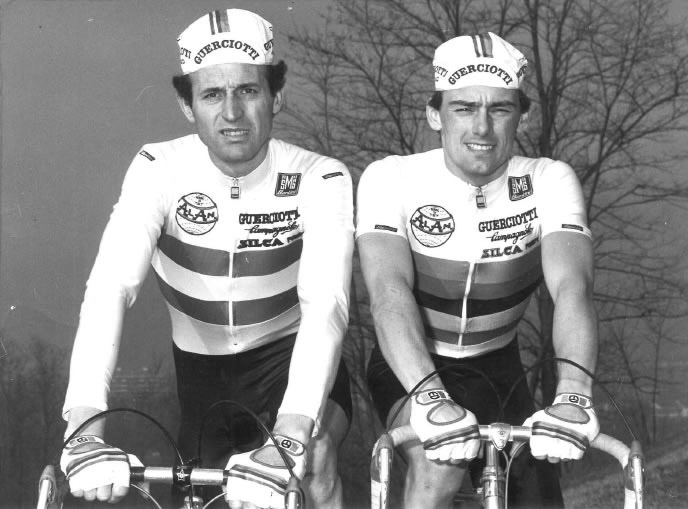 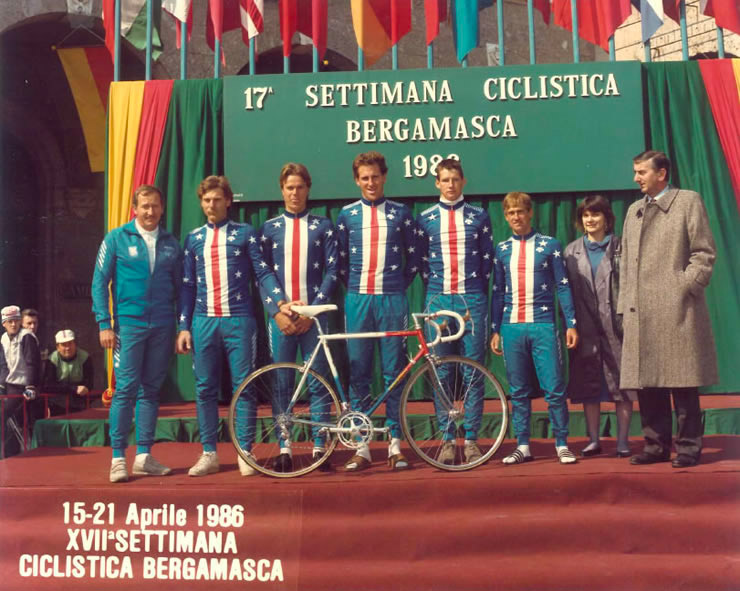 The new millennium for Guerciotti starts with the 35 years anniversary and the inauguration of a new headquarter in Via Petrocchi.

The 2000s starts with a plan made by the company for a return in the “reparto corse” and in the prof circuit. Starting from here, it born cooperation with various teams (juniores, under 23, prof women) who bring victories and great visibility to Guercioti brand. In those years it ride with a Guerciotti bike in the young cathegories riders like Mauro Santambrogio, Jacopo Guarnieri, Adriano Malori and women riders like Vera Carrara, Olga Slyoussareva and Valentina Polkhanova.

It is in the 2004 that Guerciotti returns in the prof circuit with the Team LPR, directed by Omar Piscina. A new young team who in three years got important success like a Coppa Bernocchi (Danilo Napolitano in the 2005), one stage at the Tour of Swiss (Daniele Contrini) and the participation to historical races like Milano Sanremo and Paris Roubaix. In those years it ridden with Guerciotti also riders like Pavel Tonkov and Dmitry Konyshev who made the history of this sport.

The return in the prof circuit bring immediately great commercial results who bring Paolo Guerciotti and his son, Alessandro (entered officially in the company in the 2000) to continue to invest in this field to increase the selling. So it born the sponsorships with Gianni Savio’s team in the 2007. From that moment, the great visibility of the team and the athletes who rides on a Guerciotti it brings the possibility to enter in new markets like South Africa and Asia (Japan, Malesya, South Corea and Taiwan). In the 2008 is Gilberto Simoni to bring back Guerciotti at the Giro d’Italia, coming back to win a stage with Alessandro Bertolini. 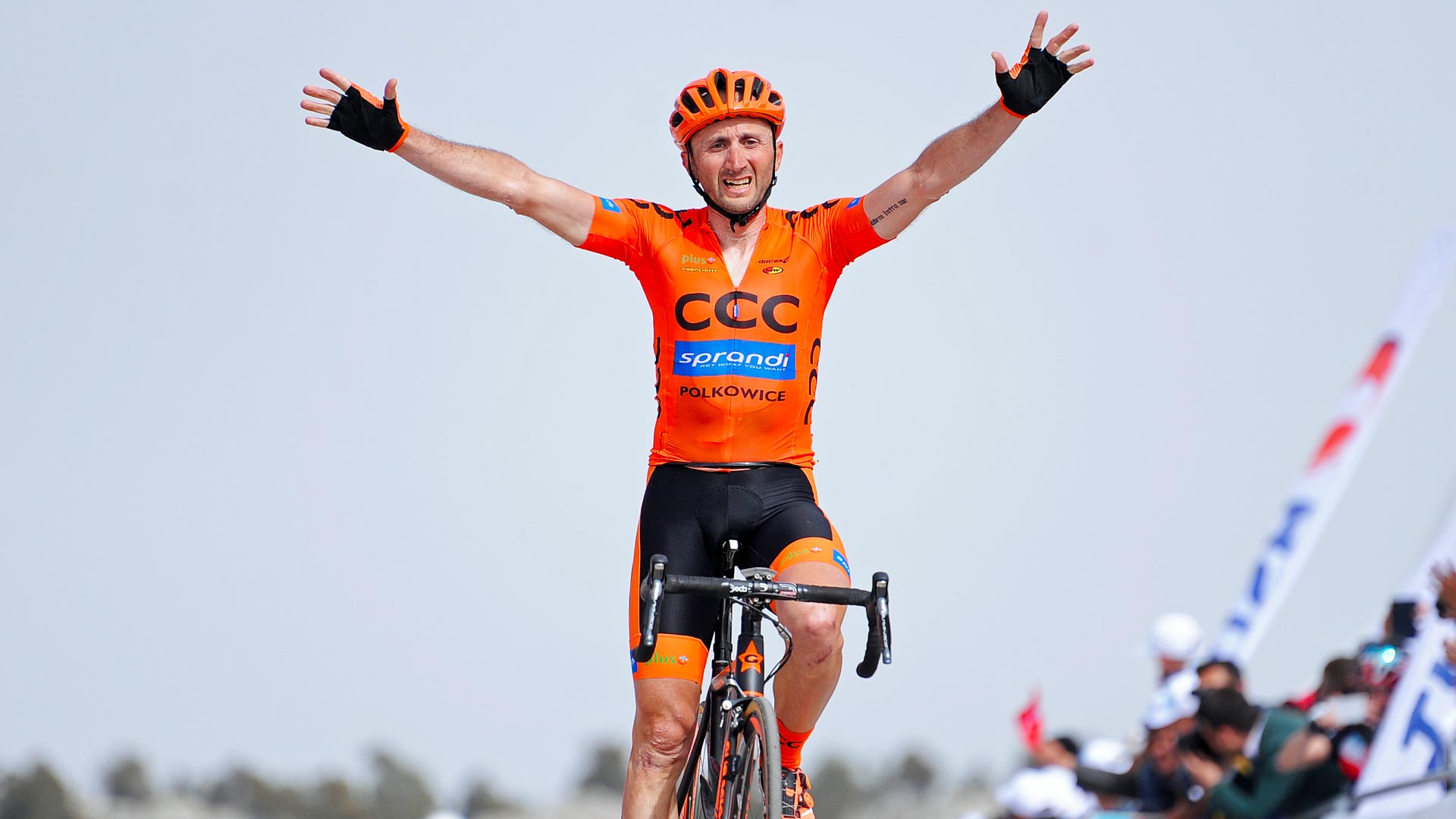 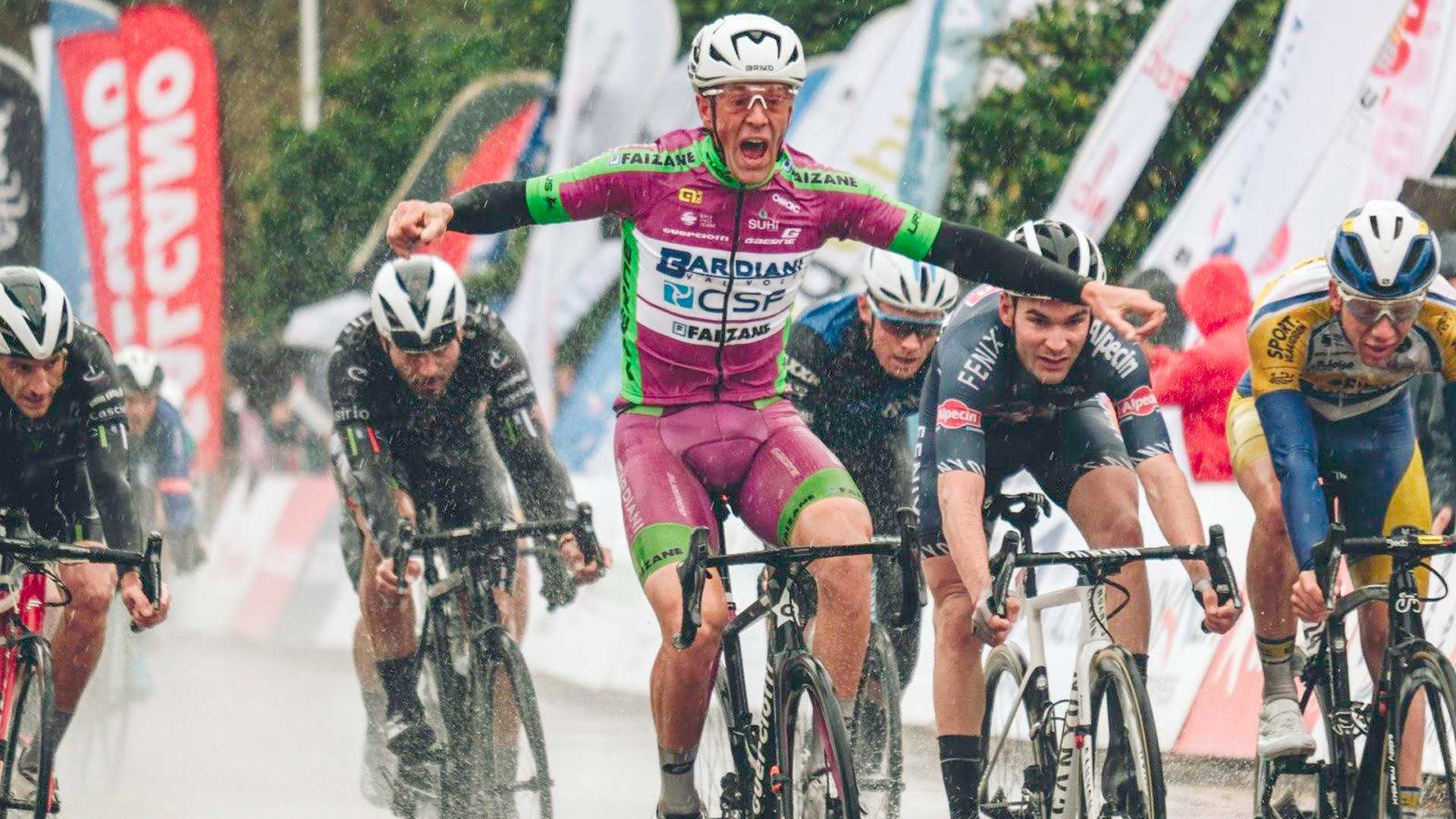 In the 2013 Guerciotti starts the cooperation with the polish Team CCC Sprandi and returns to ride the Giro d’italia in the 2015 and 2017 (with Jan Hirt protagonist in the climbing stages), besides to ride others important races like Amstel Gold Race, Milano Sanremo, Tirreno Adriatico and many others. A lot of victories in these years like the successes of Davide Rebellin at the Giro dell’Emilia and Coppa Agostoni and the victory in several national titles in road and time trial.

In the 2019, Guerciotti comes back to sponsor an italian pro continental team: Team Bardiani CSF. Together with the greeenteam, Guerciotti will ride all the most important races like Milano Sanremo, Tirreno Adriatico, Amstel Gold Race and Giro d’Italia.

This website uses cookies to improve your experience while you navigate through the website. Out of these, the cookies that are categorized as necessary are stored on your browser as they are essential for the working of basic functionalities of the website. We also use third-party cookies that help us analyze and understand how you use this website. These cookies will be stored in your browser only with your consent. You also have the option to opt-out of these cookies. But opting out of some of these cookies may affect your browsing experience.
Necessary Always Enabled
Necessary cookies are absolutely essential for the website to function properly. These cookies ensure basic functionalities and security features of the website, anonymously.
Functional
Functional cookies help to perform certain functionalities like sharing the content of the website on social media platforms, collect feedbacks, and other third-party features.
Performance
Performance cookies are used to understand and analyze the key performance indexes of the website which helps in delivering a better user experience for the visitors.
Analytics
Analytical cookies are used to understand how visitors interact with the website. These cookies help provide information on metrics the number of visitors, bounce rate, traffic source, etc.
Advertisement
Advertisement cookies are used to provide visitors with relevant ads and marketing campaigns. These cookies track visitors across websites and collect information to provide customized ads.
Others
Other uncategorized cookies are those that are being analyzed and have not been classified into a category as yet.
SAVE & ACCEPT