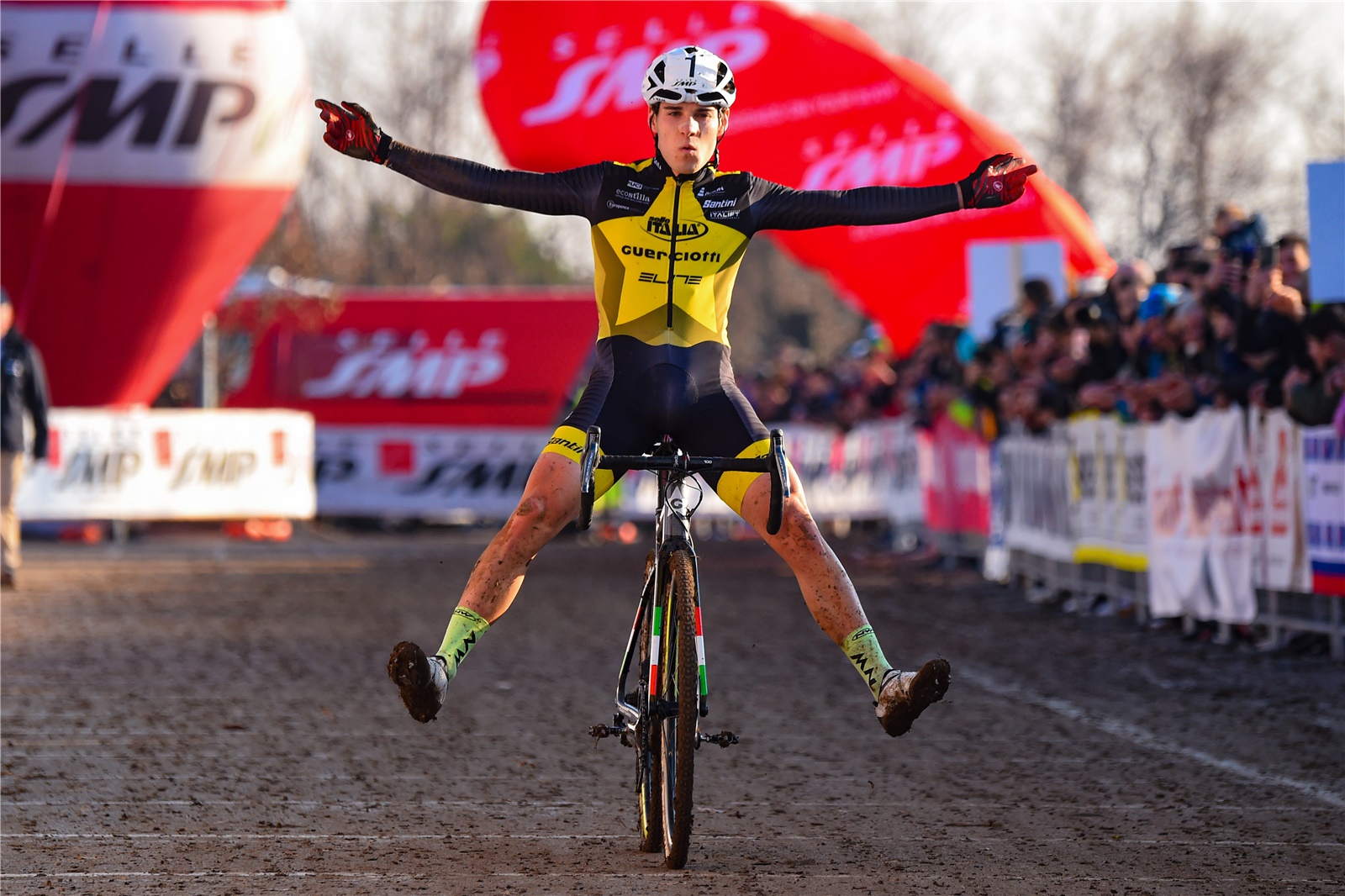 Also in 2020, at the Italian cyclocross championships in Schio, the Selle Italia Guerciotti Elite Team buys up Italian titles and for the fifth consecutive year signs a tricolor double, also winning for the fourth year the most important title such as the elite men one.

Dorigoni, in the end showing up at the starting line in the elite category (he is still under 23), signs a success that in the past only his former teammate Gioele Bertolini (yesterday rival) had managed to achieve. The clash was obviously between Dorigoni and Bertolini: after a first phase of study, Dorigoni put the accelerator on and after half the race there was no more challenge, reaching the finish line alone and winning his seventh Italian title in a row.

In the women’s under 23 race, Francesca Baroni started badly, first, and then delayed by a chain jump, but she managed to remain calm, knowing that she was the strongest in that type of path. Francesca recovered lap after lap up to catch Sara Casasola (always in the lead up to that moment), coming to break her and win alone. Francesca, in addition to winning the first tricolor title in the Guerciotti jersey, has signed a beautiful “treble” after the victory in the Giro d’Italia cross and the master cross.

This website uses cookies to improve your experience while you navigate through the website. Out of these, the cookies that are categorized as necessary are stored on your browser as they are essential for the working of basic functionalities of the website. We also use third-party cookies that help us analyze and understand how you use this website. These cookies will be stored in your browser only with your consent. You also have the option to opt-out of these cookies. But opting out of some of these cookies may affect your browsing experience.
Necessary Always Enabled

Performance cookies are used to understand and analyze the key performance indexes of the website which helps in delivering a better user experience for the visitors.

Analytical cookies are used to understand how visitors interact with the website. These cookies help provide information on metrics the number of visitors, bounce rate, traffic source, etc.

Advertisement cookies are used to provide visitors with relevant ads and marketing campaigns. These cookies track visitors across websites and collect information to provide customized ads.

Other uncategorized cookies are those that are being analyzed and have not been classified into a category as yet.