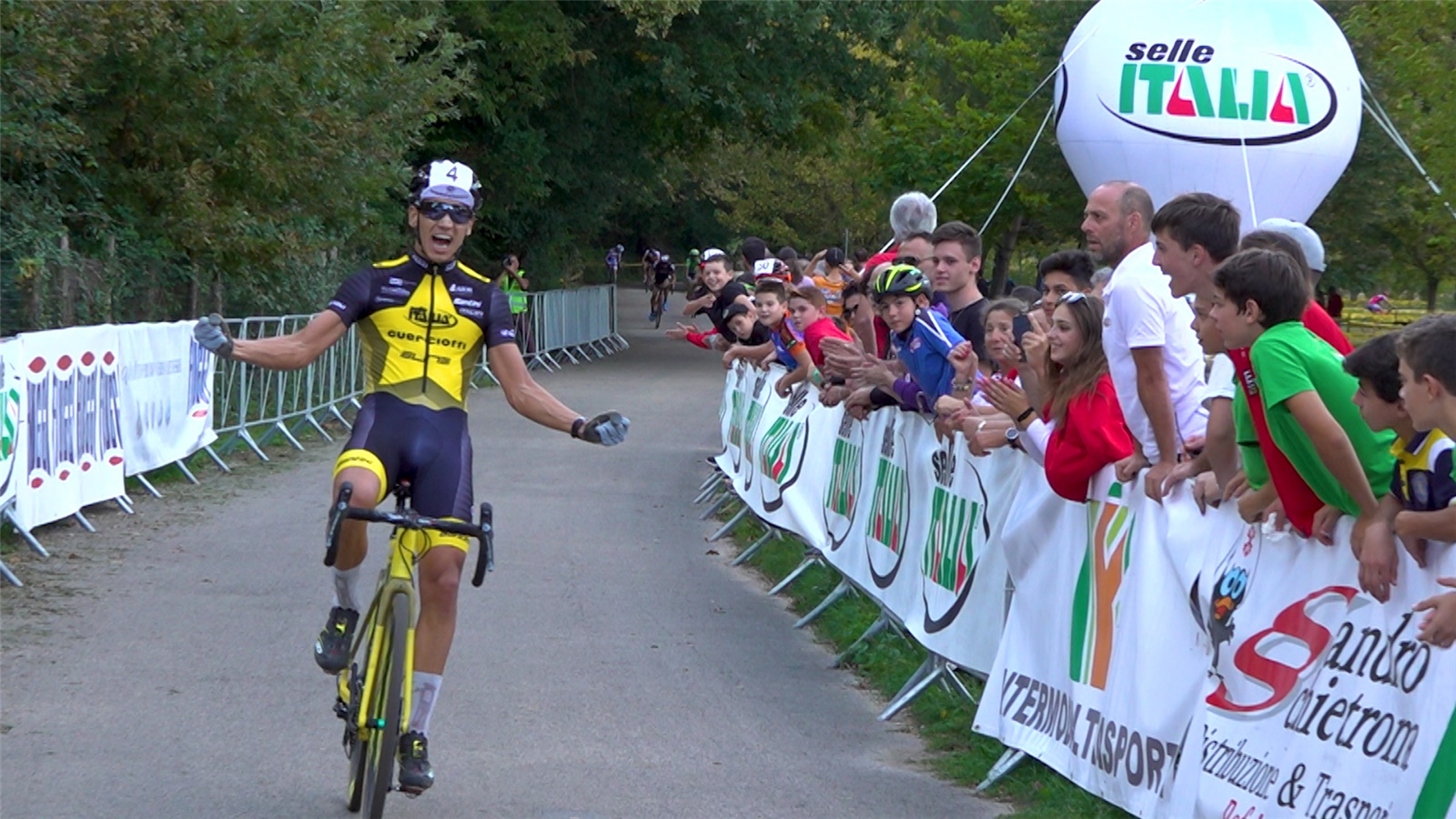 First stage of the Girocross and immediately the Selle Italia Guerciotti Elite Team jerseys go from yellow-black to pink.

In the inaugural stage of the 2019-2020 cyclocross tour of Italy, the boys of Paolo and Alessandro Guerciotti, led by Vito Ditano, have already shown that this year too they will want to be protagonists in the national cyclocross.

In the women’s elite competition, Francesca Baroni wins and wears the first pink jersey of her young career. It should be considered that Francesca, for physical reasons, has been at a standstill for a long time in the season, so she was certainly not among the favorites, but in any case she compensated with her immense class.

In the elite race, a surprise result with the victory of the new signing (second year under 23) Federico Ceolin. the boy from Veneto did almost the entire race alone, supported in the first laps by his teammate Stefano Sala.

Great satisfaction at Selle Italia Guerciotti Elite for a winning start to the season.

This website uses cookies to improve your experience while you navigate through the website. Out of these, the cookies that are categorized as necessary are stored on your browser as they are essential for the working of basic functionalities of the website. We also use third-party cookies that help us analyze and understand how you use this website. These cookies will be stored in your browser only with your consent. You also have the option to opt-out of these cookies. But opting out of some of these cookies may affect your browsing experience.
Necessary Always Enabled

Performance cookies are used to understand and analyze the key performance indexes of the website which helps in delivering a better user experience for the visitors.

Analytical cookies are used to understand how visitors interact with the website. These cookies help provide information on metrics the number of visitors, bounce rate, traffic source, etc.

Advertisement cookies are used to provide visitors with relevant ads and marketing campaigns. These cookies track visitors across websites and collect information to provide customized ads.

Other uncategorized cookies are those that are being analyzed and have not been classified into a category as yet.